(Hungary) Café Culture in Budapest This page is part of the collection '(Hungary) Culture and the Hungarian Danube'. 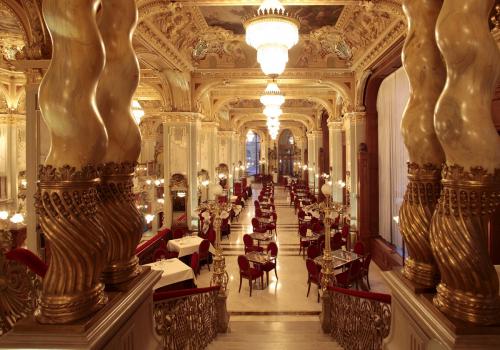 Hungarian writers, journalists and artists such as Ferenc Molnár, Kálmán Mikszáth, Endre Ady, Dezső Kosztolányi, Gyula Krúdy and Zsigmond Móricz made the New York Cafe famous. It came to be a vital meeting place for intellectual and literary life in the Budapest of the late 19th and early 20th century.

Commissioned in 1894 by the New York Insurance Company, the palace on the Erzsébet körút shows a combination of various styles inspired by the Italian Renaissance.

The beautiful and elegant café, located on the ground floor of the building, quickly became popular amongst writers, poets, and journalists. The founders of the Hungarian literary magazine Nyugat that gave its name to a whole epoch of Hungarian literature held regular meetings at the café.

This high time of literature and art came to a halt in 1914. A short revival followed in the 1930s, only to be interrupted again by the Second World War. The Palace was heavily bombed towards the end of the war. It reopened during the communist regime in 1954, but uprisings in 1956 destroyed it once again.

Finally, in 2006 the Boscolo Group revived the palace and together with a luxury hotel the café was reconstructed and went into business again. 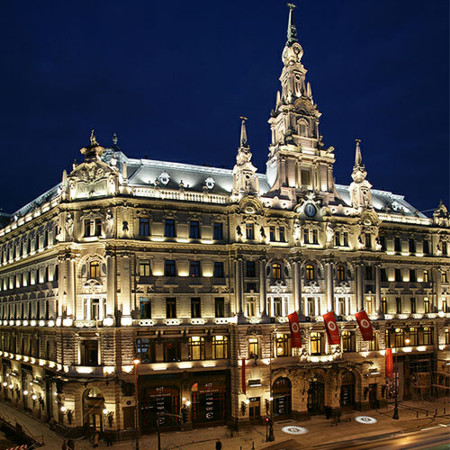 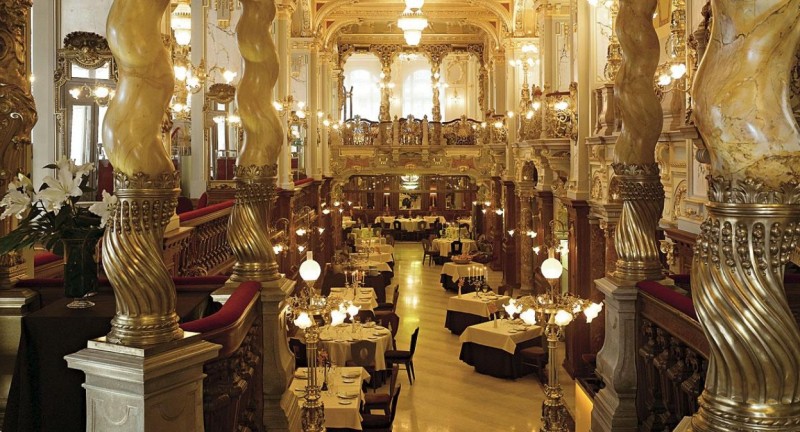 Karinthy, Kosztolányi, Móricz and Tibor Déry, famous Hungarians of the 1920s, the so called ‘golden era’, spent a great deal of their time at the Hadik Café. It opened for the first time in the early 20th century and gained popularity rather quickly. The expressionist painter Tivadar Kosztka Csontváry has even lived above the café for some time.

The Hadik Kávéház was restored to its former glory in 2010. The refurbishing stayed true to the original design of the café and the wooden floors, olive armchairs in art-nouveau style and furniture made of cherry-wood take visitors back to the last century. Once again it became a meeting place for artists, writers and particularly musicians, because it occasionally serves as a venue for jazz concerts and readings by contemporary Hungarian authors. 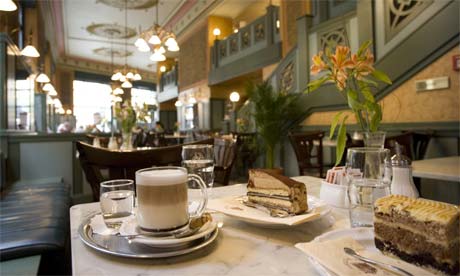 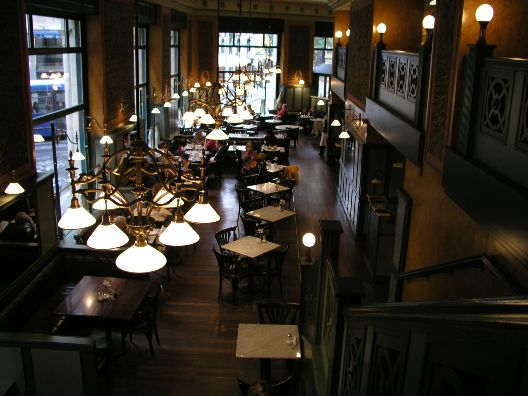 Amongst the coffeehouses of the turn of the 19th/20th century the Centrál Café was amongst the grandest, attracting the attention of editors, journalists, writers and all other sorts of artists and intellectuals. It functioned as a focal point of urban social life and served as a regular meeting point for the leaders particular intellectual groupings, such as the editorial team of the magazine Nyugat. Their usual spot was on the gallery, where today the restaurant section of the café is located.

The café saw its highpoint during the interwar period, with famous guests as, for example, the writers Frigyes Karinthy and Lőrinc Szabó. However, the independent thinking enforced by places like the Centrál dissatisfied the communist regime and the café was shut down.

Right after the fall of the communist regime in 1989 the Centrál Café was the first of the grand classical coffeehouses in Budapest to reopen and its success suggests that it managed to recapture the flair that was particular to it when it was first opened. Today the café describes itself as a reference point between tradition and modernity, ‘relying on the roots of Hungarian gastronomy and meeting the expectations of the 21st century’, as it reads on its website. 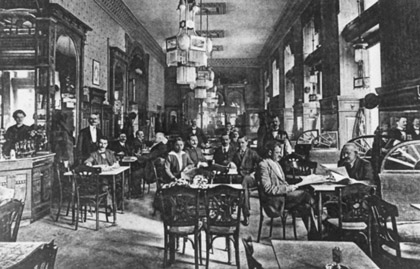 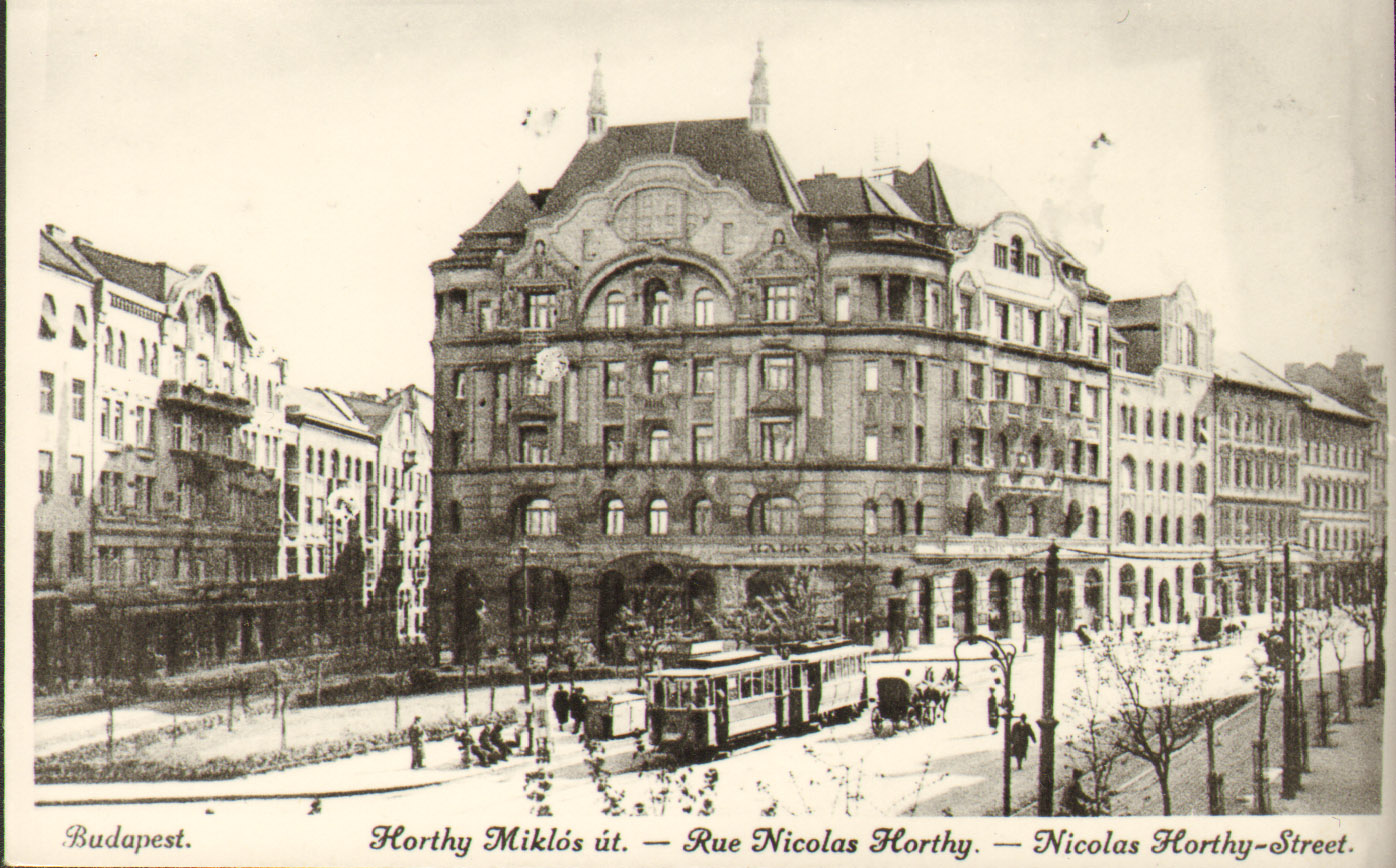 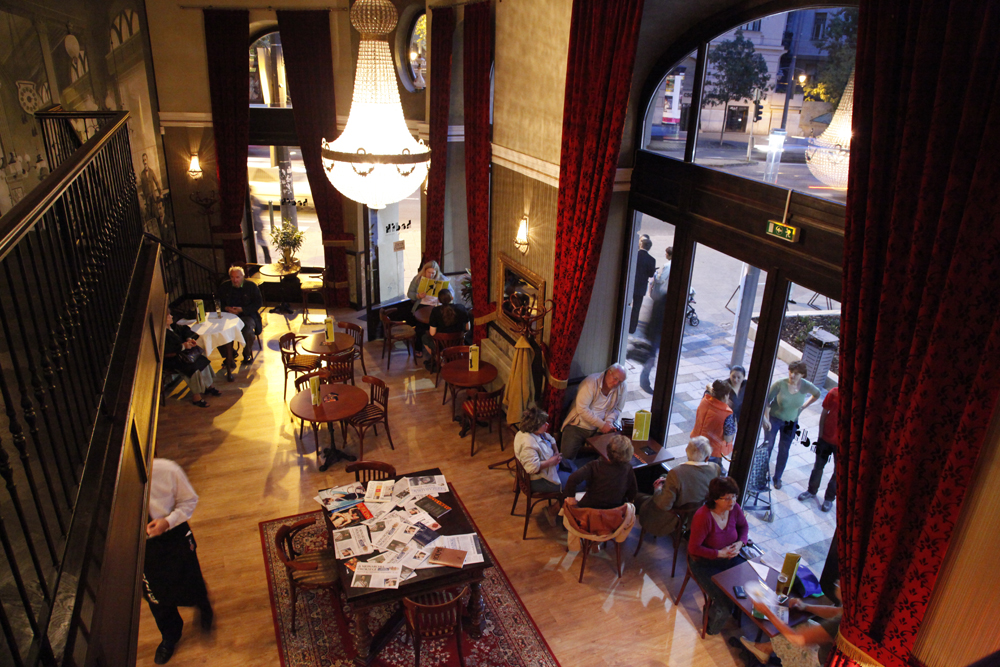