(Hungary) The Music of Hungary This page is part of the collection '(Hungary) Culture and the Hungarian Danube'.

The beginning of the Hungarian music scene may be traced back to the introduction of Gregorian chants in the 11th century. Since then Hungary has developed a rich and diverse music culture that crosses many genres from classical, to modern independent music and electropop. Traditional Hungarian folk music and Hungarian classical music in particular, carry elements that form a distinctively Hungarian musical sound which has made significant contributions in the international folk and classical music scenes. 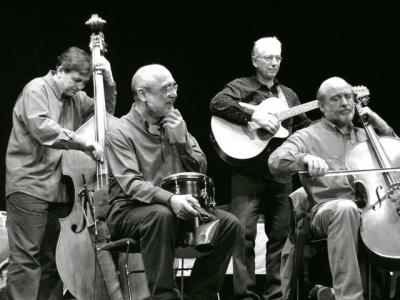 Hungarian traditional folk music is commonly played using instruments such as the trumpet, whistle, violin, bagpipes or the cimbalom which is a string instrument composed of a large, trapezoidal box with metal strings across the top which are either hammered or plucked.

In the beginning of the 19th century, Hungarian folk music underwent a change, adapting a more regular rhythm structure to allow for dancing and marching instead of the more relaxed rhythms of the past. String based instruments played by Gypsies or Roma people also became more widely used in addition to the village bagpipes of the past. This also paved the way for the development of folk dances and marked the beginning of Hungarian folk music being associated with the Roma. Despite certain similarities and mutual influences between Hungarian folk music and Roma music, it is important to note that some musicians such as Hungarian composer Bartok and music historian Bruno Nettl have rejected conflating Hungarian and Roma music. Hungarian folk music is still commonly heard today and is preserved through performances by groups such as the Danube Folk Ensemble and the Hungarian State Folk Ensemble.

The two essential musical features of Hungarian folk music, as identified by Nettl, are the use of the five note pentatonic scale and the transposition of a melody several times, which involves repeating the same melody either in a higher or lower key.

The origin of traditional Hungarian music is unique in Europe as it shares similarities with music from the East such as the songs from the Mari people of Russia and Mongolian musical styles. Music travels with its people and its language and Hungarian folk music followed the spread of the Hungarian language “Magyar” from Uralic languges with in eastern Europe and Russia. As a result, Hungarian folk music carries more eastern and asian characteristics and influences such as the use of fifth intervals which are significant in Chinese musical theory. Hungarian traditional music has hence been labeled by some as the last Western link to ancient Eastern cultural music.

Another distinctive characteristic of traditional Hungarian music is its strongly accented rhythm which has been attributed to a feature of the Magyar language which has stresses on the first syllable. An example of accented rhythm in language may be experienced by reading the following sentence and placing emphasis on the words in bold:

Just for a handful of silver he left us

The distinctively Hungarian style of classical music is most frequently associated with composers Béla Bartók and  Zoltán Kodály, two of the most famous Hungarian composers known for using folk themes in their compositions. While Bartók focused on developing his composition through the influences of folk songs collected from across Eastern European countries including Hungaria and Bulgaria, Kodály worked towards creating a distinctively Hungarian musical style.

The compositions of both Kodály and Bartók reflect a distinctively Hungarian style containing elements of folk music, in contrast to other Hungarian compositions around the same period that were dominated by the German classical styles and Viennese style operettas. Both Bartók and Kodály did not believe in the conflating of Roma and ethnic Hungarian music and instead focused on developing and seeking out ethnic Hungarian music.